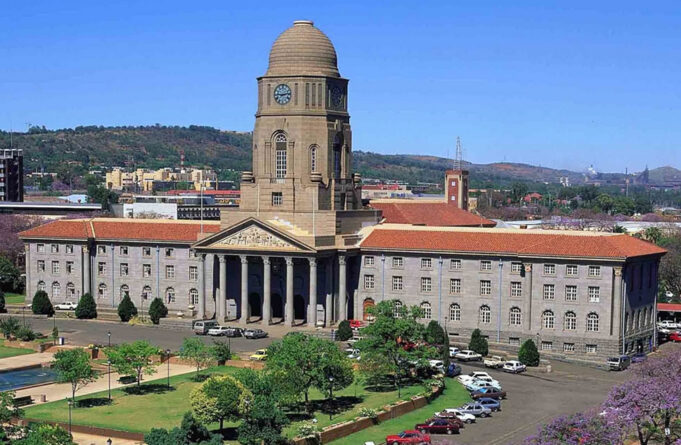 Pretoria is just 35 miles North of Johannesburg but it’s really quite hard these days to see where one city begins and the other ends. Joined by the M1 route between the two cities Pretoria has a very different feel to it than that of Johannesburg. October is one of the prettiest months of the year to visit as this is when the Jacaranda trees all come out in their purple blossom creating a beautiful scene.

Public transport is not really an option in Pretoria so you will need to hire a car in order to get around to see Pretoria’s attractions. There are plans to run a Hop-on Hop-Off bus in the future but at this stage a hire-car is your only option as most of them lie on the outskirts of the city.

At the heart of the city are the main government buildings including the rather grand Union Buildings which have an elevated position and impressive views over the city. It’s free to walk around the outside of the buildings and the pleasant gardens that lie beneath it make for a relaxing walk. This is also the place where Nelson Mandela was inaugurated as President of South Africa.

If you are not afraid of heights then the Voortrekker Monument and Nature Reserve is quite a spiritual experience. The monument lies 3km to the south of the city and is huge. There is a small museum at the base of the monument but be bold at go up the steep steps to the top of the monument. Surrounding the monument is the reserve which holds zebra, buck and other mammals.

Other historical sites of interest include the Transvaal Museum, the President Kruger Museum and Melrose House.

Pretoria is also close to the world heritage site at the Cradle of Humankind which has a modern visitor centre and offers an interactive learning experience for both young and old. There is also a very nice restaurant here with excellent views across the valley.

What to do when it rains

Menlyn Park is the mecca of shopping and entertainment in Pretoria with over 300 shops and restaurants, bowling alley plus 15 cinema screens including an IMAX cinema. For a slightly different cinema experience you could try the Drive-In Cinema which is on top of the shopping mall and where you can even rent an original converted Chevvy to watch your favourite movie.

Pretoria is made up of a number of suburbs all of which have their own unique character. Some of the best suburbs, particularly if you are needing to find some where to stay for accommodation, are found in Pretoria East and include Menlo Park, Brooklyn, Waterkloof and Lynwood. Another nice suburb to the south is Irene.

9 Things I Learnt From Living in Bali

Best 5 Things to Do in Barbados

6 of the Best Gap Years