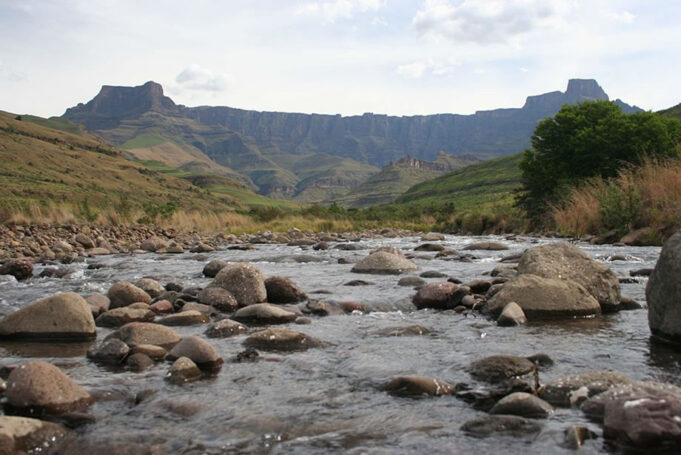 South Africa has a remarkable wealth of biodiversity, thanks to a stunning array of ecosystems ranging from Big Five bushveld to species-rich deserts, fertile forests, vast grasslands, the unrivalled Cape Floral Kingdom and 2 500 km of coastline. The incredible number of different habitats allows for an immensely rich variety of fauna and flora. We have 299 mammal species, over 2 100 fish species, 858 bird species and 10% of the entire world’s flowering plant species.

The country is lauded worldwide for its efforts to conserve this incredible natural heritage through the creation of protected areas by both government and the private sector. Residents and tourists alike have the option to visit one of 19 national parks, 16 national botanical gardens, countless public and private nature reserves and World Heritage Sites such as the iSimangaliso Wetland Park and the uKhahlamba/Drakensberg Park.

We are undoubtedly one of the most environmentally aware countries on earth. In addition to (mostly) well managed state authorities like South African National Parks (SANParks) and provincial tourism agencies, there are literally hundreds of NGOs and non-profit organisations dedicated to the protection of our wildlife. Some fight for the conservation of the largest animals such as whale sharks, whilst others fight to protect the tiniest and least glamorous, such as the dung beetles in the Addo Elephant National Park.

The vital roles played by all these organisations and the people within them are made more and more difficult every year. Rapidly expanding development, pollution of our scarce water sources, global warming and of course, rampant poaching, are just some of the factors intensifying their impacts on our natural environment. Unfortunately, most of these factors appear to be on an unstoppable path. Perhaps we can take solace in miraculous success stories, such as the human-driven recovery of the white rhino from a population of just 40 in 1894, to more than 20 000 today. We can only hope that similar efforts will be put into ensuring that our greatest wilderness areas remain great.