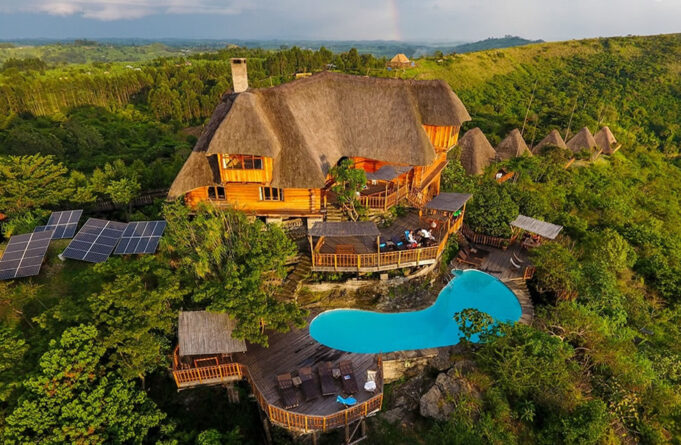 Tourism in Uganda has many components and tourist attractions in addition to the presence of parks and national parks in the same Uganda is characterized by beautiful lakes, since Uganda is located in the heart of the African continent bordered by the countries of Sudan, Kenya, Rwanda , Congo and also Tanzania Tourism in Uganda has a special impression for those who visit it from travelers and tourists where In 2012, it was named the best tourist destination

One of the main reasons to visit Uganda is that the country is known for its sunny climate which requires heavy clothing only on some cool nights in the mountains, as is the case in western and eastern Uganda

Ugandans’ smiles are as warm as their sun, the locals are among the most welcoming tourists in the region, and you’ll probably feel it from the moment you set foot in the country

Uganda is an ideal destination for those looking to save money, the cost of living in Uganda is lower than its neighbors, giving travelers more spending power to discover all that Uganda has to offer

Most Ugandan adults are reasonably fluent in English, so there is no need to learn Buganda or French before traveling to the country. Tribal and cultural identity is also important to Ugandans and they are keen to share their history with visitors.

Uganda is an amazing tourist destination with incomparable natural beauty; Including the splendor of the snow-capped Rwenzori Mountains, one of the world’s greatest treks, featuring the world’s largest volcanic caldera; Lake Victoria, the largest lake in Africa; Not to mention the mighty Nile River, the second longest river in the world, so a visitor to this country will surely find everything he is looking for

Uganda is made up of various ethnic groups from the central, southern, eastern, western and northern parts of the country, each with their own language, customs and grammar. More than 50 languages are spoken in Uganda, and it is this cultural diversity that provides travelers with an authentic and enjoyable experience. Being a multi-ethnic country with multiple cultures and traditions, Uganda has more than 50 tribes spread across its regions. Surprisingly, all these tribes have different customs, beliefs and foods, as well as traditional dress and specific dances

Although Uganda is home to the Big Five (lion, tiger, rhino, buffalo, elephant), it has a unique fauna with species of lions, Nile crocodiles and more than 1000 species of birds, including some rare species. And it’s no wonder, as Uganda’s wetlands and savannahs are important habitats for some of the world’s most exciting birds and wildlife. The best places to see wildlife in Uganda are Queen Elizabeth National Park, Murchison Falls National Park, Kidepo Valley National Park, and Lake Mburo National Park, respectively.

And when it comes to wildlife, Uganda is home to the endangered mountain gorillas. Its 10 national parks and several game reserves are also home to elephants, hippos, zebras, lions, leopards, and more than 1,000 species of birds. Perhaps one of the best places to see Uganda’s other wildlife is Queen Elizabeth National Park in the southwest of the country. Established in 1952, it features a high level of biodiversity and a wide range of landscapes including savannas, grasslands, wetlands, and hardwoods

Visitors to Tanzania, Kenya, and Uganda often overlook a visit to Lake Victoria, which is the largest lake in Africa. But in Kenya and Tanzania, its location takes it away from popular tourist destinations and national parks, but in Uganda there is a wonderful lakeside city called Entebbe, the former capital of Uganda, which is also home to the only international airport in the country, for making it easy to stay for a day or two on the shores of the great lake at the beginning or end of a safari in Uganda.

Uganda is a country of stunning natural beauty that has been rated as one of the most picturesque, and the country has a lot to offer when it comes to safaris, national parks, wildlife and birds, with many resorts being in prime locations. to explore the splendor of wildlife

Uganda is currently the safest tourist destination in East Africa, and unlike its turbulent history, Uganda is now stable and welcoming. Ugandans are very hospitable and will be happy to lend a hand whenever and wherever possible.

The most important tourist places when visiting Uganda

Lake Victoria is one of the Great Lakes of Africa, and is the largest lake in the world, covering an area of approximately 68,800 square kilometers (26,560 mi²) in size. Lake Victoria is located in Tanzania and Uganda and a small part extends into Kenya. It also contains the main reservoir of the Nile River and is the largest freshwater lake in Africa. Lake Victoria is known to contain a large amount of fish, which is exported by local fishermen and traders. There are more than 200 species of fish, which make a significant contribution to the economies of East Africa. You can also take a boat trip on Lake Victoria

Kidepo Valley National Park is one of the most exciting parks in Uganda. It covers an area of 1,442 square kilometers and overlooks a harbor unlike any other park in East Africa. Kidebo Valley National Park, offering picturesque savannah scenery, ending in a rugged horizon. It can be described as vegetation since it contains the open tree of the savannah, which differs greatly in structure and composition. Some high places are dominated by montane forests, while the areas along the Lorupei River are home to dense forests of acacia geradi. In addition to the flora and fauna of the park and garden more typical of Kenya to the rest of Uganda, such as the lion, the leopard, the tiger, the long-eared fox, the giraffe – as well as about 500 species of birds.

Bwindi National Park preserves some of the endangered animals in Africa. Which is a refuge to track gorillas. It is known for its exceptional biological diversity, with more than 160 species of trees and more than 100 species of ferns. The park is part of the Bwindi Forest, which is located along the DRC-Congo border next to the Virunga National Park and on the edge of the Western Rift Valley. There are many species of birds and butterflies present, as well as many endangered species, including mountain gorillas.

Kampala, the capital of Uganda. You can see the Uganda Museum and the Kasubi Tombs, where the remains of the Buganda kings are buried, and is a major tourist site. However, Kampala was heavily damaged in March 2010. You can also see the Nommo Art Gallery, the National Theatre, as well as the cathedrals, Rubaga and Namirembe.

Kasubi Tombs is the place that houses the Kabaka and others in the complex cultural hierarchy of Buganda and has been important for centuries-old Ganda rituals. It was built in 1882 and converted into a royal cemetery in 1884.

Lake Bunyonyi is believed to be the second deepest lake in Africa, Lake Bunyoni is located in the southwestern part of Uganda, near the border with Rwanda, at an altitude of approximately 1962 meters above sea level. This magical lake enjoys moderate temperatures throughout the year, and the lake is usually cool in the morning and evening hours. Activities at this lake include; Fishing, kayaking and other fun activities.

Belgium – Flanders With the Bicycle and Ship

3 Must Visit Destinations in India