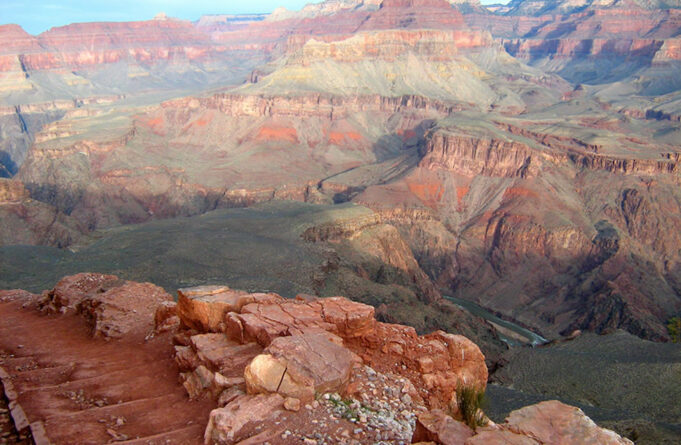 During our production trip in Arizona, we discovered an outfitter store in Sedona that had everything outdoor enthusiasts like us could ever need or want. Gear, fresh coffee, snacks, smoothies, specialty permits for trailheads, a map station, and a knowledgeable employee who answered all of our questions and gave us pointers about the area. This little shop was called The Hike House and it was started by Greg Stevenson, a man who loves the great outdoors and is dedicated to inspiring visitors and locals to fall in love with the trails of Sedona and the Grand Canyon.

After conducting a little more research on this awesome shop, we learned that The Hike House offers a Grand Canyon Planning Station where travelers of all calibers can learn where the best viewing areas are, how long and arduous the day hikes can be, and the top spots to visit while there. Greg Stevenson, author of The Sedona Hiking Guide Book, was kind enough to take a few minutes out of his schedule to talk to us about the Grand Canyon and the best strategies for avoiding crowds, planning hikes and getting the most out of the experience. 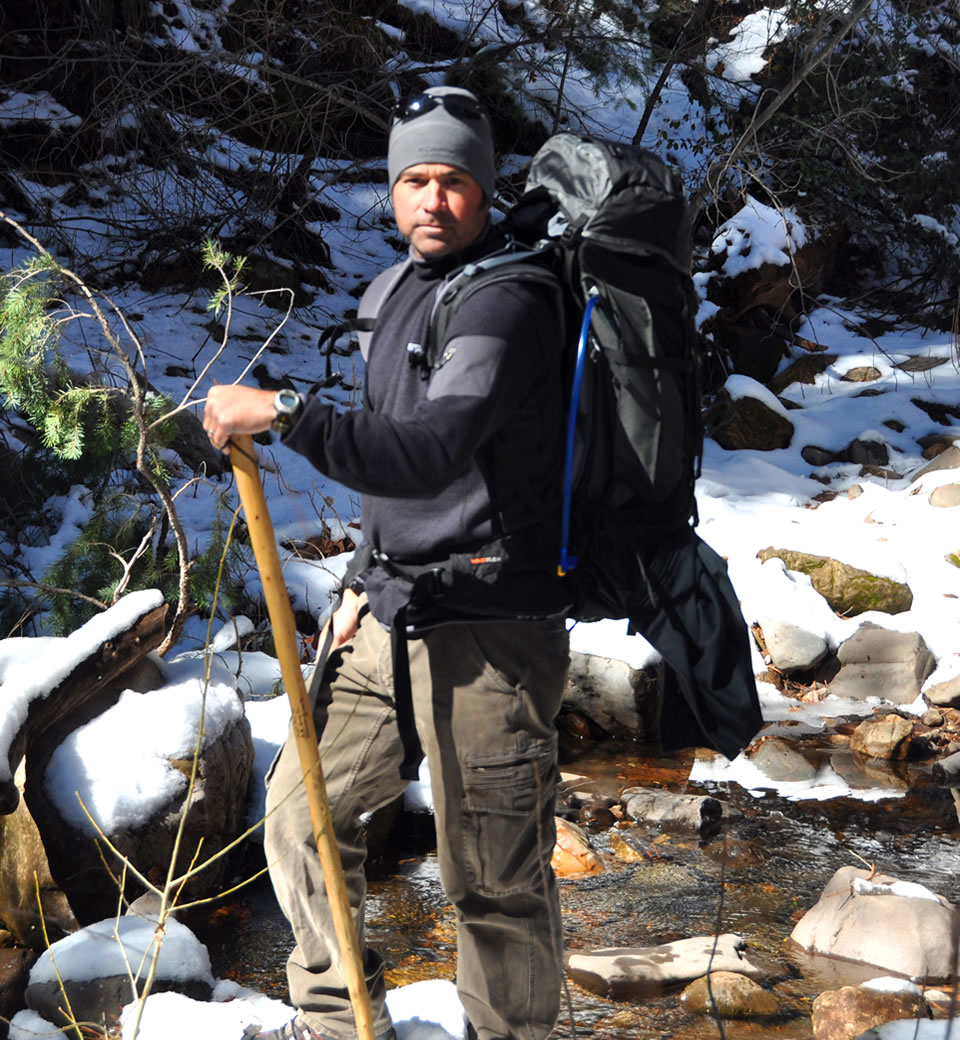 When did you first visit the Grand Canyon and what was that experience like?

The first time I saw the Grand Canyon was December 9, 2010 and we hiked down to the bottom and back up in one day. There just isn’t anything quite like it. Descending and ascending 4,000 feet in elevation in that time will wear you out for sure. For me, it was a totally new and amazing experience.

How often do you visit the Canyon?

We’ll take staff down there from time to time. I’ll take my family down there. Last November, we did the whole Phantom Ranch deal, which I think should be on everyone’s bucket list. I’ve done it all in one day; I’ve done it in two days or more; I’ve done a lot of the different little adventures between the rim and the bottom of the Grand Canyon. It’s a lot of fun!

What would you suggest is the best way to experience the Grand Canyon?

About 35-40% of our guests say they are going to go to the Grand Canyon. What’s even more interesting is that when you ask someone “what are you going to do at the Grand Canyon?” no one ever responds. They have no idea what they are going to do. They don’t know that there are 30 to 40 different viewpoints of the area or that there’s hiking along the rim. I would also argue that 95% of those visitors don’t venture down into the Grand Canyon. That’s why we built the Grand Canyon Planning Station. It’s a template that includes a map or rendering of the rim and all the viewpoints. We’ve gone through and showcased the best viewpoints, and when I say viewpoints, I of course mean the view but equally important: avoiding the crowds. Half of the Grand Canyon battle is crowd avoidance. For example, Mather point is the number one viewpoint in the Canyon. Why is that? It’s the shortest distance from the visitor’s center and it’s the most crowded. So, we send people out toward Desert View, where I would argue the views are better and there are far, far fewer people.

Also, I think for the people who aren’t planning on traveling below the rim, it’s silly to spend more than a day at the Canyon. That’s why I personally believe that that’s what makes Sedona such a great jumping off point. There’s much more accessible hiking here; there are close to 200 trails and about 75 percent of those are easy to moderate. The Grand Canyon, on the other hand, really isn’t that accessible for people that aren’t seasoned hikers. So, I would suggest that visitors take in the whole area, spend a full day at the Canyon and then check out other areas nearby that have more accessible activities.

Moran and Lipan are two points that I absolutely love. You can see the Colorado River in three places at Lipan Point. Desert View is another favorite and it is actually the highest point along the rim and it offers spectacular views. There’s a spire with multiple viewing windows and viewing platforms at Desert Point that was commissioned by Mary Colter, who was the key architect at the Canyon. She built almost all of the major viewing areas on the South Rim including Hermit’s Rest trailhead and a cafe on the other side of Desert Point. Hermit’s Rest is a very special place as well.

Unfortunately, most people don’t go down into the Canyon even just a little bit. It really changes your whole outlook and feel and appreciation of the Grand Canyon. You really get a feel and a flavor for the kind of presence that the Canyon holds when you are in it as opposed to just peaking over the edge. I would encourage everybody to take a short hike into the Canyon. There’s a short trail down the South Kaibab that is only 1.8 miles down, but it goes to a spot called OOH AAH Point. Hike down to that one point and see what the Canyon really looks like there. And then turn around and come back up. All of a sudden, you’ll have a deeper appreciation for what “up” means because it won’t feel like 1. 8 miles, it’ll feel more like three miles.”

What are some of the obstacles people are facing when they want to hike the canyon?

Getting camping or hiking permits can be pretty difficult. I would say that if you are going to stay a few nights and do some day hiking, then stay at Desert View Campground on the South Rim. It’s real easy to get access to it and you don’t need reservations. We just went a couple weeks ago in the middle of summer. We got there before two in the afternoon and there were plenty of campsites. By five and six, it was starting to fill up though. I’ve never had an issue finding a space as long I was there in the earlier part of the day. This is a great place to set up a base camp to hike from.

What are some of the Canyon’s most rewarding hikes? Why?

I think most would probably tell you to hike down to Indian Gardens. That’s just a really neat area. It’s kind of like an oasis in the middle of the Grand Canyon. I think that is an impactful area.

For me personally, there’s a beach down at the end of Hermit Trail, which is one of the original South Rim trails down to the bottom of the Canyon established by the Santa Fe Railroad. The beach is in front of Hermit Rapids, which are some of the most aggressive rapids in the Grand Canyon; so, it’s really neat to be able to hike down Hermit Trail, pitch a tent on the beach and watch some of the boat traffic. We saw some old historical wooden dory-type boats and a replica of the boat that Powell used when he first circumnavigated the Grand Canyon. To see those six dory boats coming toward us on the rapids… it was just a really neat thing to see.

5 Ways to Enjoy a Holiday in UK