Home Tips Brazil Holidays: Not a Time to Lose Weight 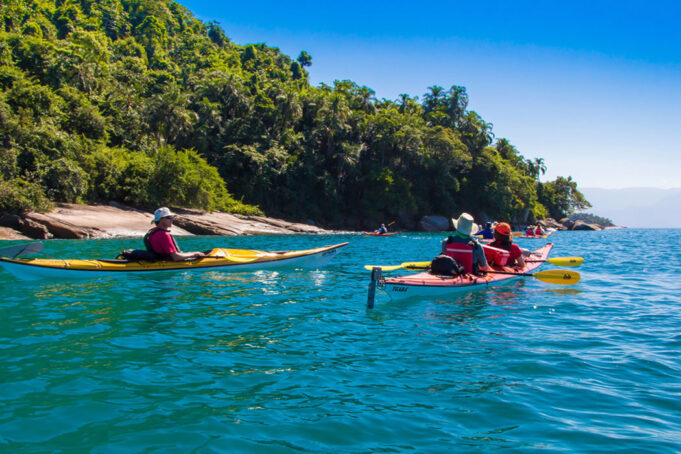 If you’re planning a holiday in Brazil, then you’re almost certainly planning on spending at least some time on one of the country’s glorious beaches. From Natal in the north to Florianopolis in the south, Brazil is blessed with thousands of beautiful stretches of golden sands. And whether it’s the long open bays of Praia do Forte and Porto de Galinhas, or the tiny, hidden coves of Parati, there’s definitely a beach for everyone in Brazil. However, if you want to look your best on the beach photos you bring back from your Brazil holidays then one small piece of advice: make sure you do your gym work before you set off, because you’re guaranteed to want to stuff your face once you get to Brazil!

Outside of Brazil, people tend not to know all that much about Brazilian food and you don’t see all that many Brazilian restaurants in the UK. It’s quite surprising, really, when you realise that the food in Brazil is so varied and so darn tasty…  Whether you need to stick to a budget on your Brazil holidays and are looking for local neighbourhood restaurants, or you’re on a luxury honeymoon in Brazil and can push the boat out a bit more, you will really be spoilt for choice.

Whether or not budget is an issue, you should definitely develop a taste for Brazil’s street food.  It plays a big part in Brazilian life, particularly at the beach, and it’s something that all Brazilians take pride in. Probably because of the hot climate, a lot of Brazilians will avoid heavier meals in favour of small snacks and maybe a cold beer. Lunches in particular tend to be very informal in cities like Rio or Salvador – maybe just a pastel (like a small pasty) or some pao de quiejo (cheese dumplings) and a drink. In the evening when things are cooler, you might have a larger meal, but even then you might just grab a caipirinha and a slice of pizza.

Of course, you might need something a little more substantial like that if you’ve been hard at work on your tan all day, and if your tummy is rumbling then you’ll be pleased to know that Brazil certainly won’t let you down. If you’re trying to keep costs down then a good bet is to head to one of the vast array of “per kilo” restaurants that you can find everywhere in Brazil. They are effectively enormous buffets where you take a plate at the start, fill it up with whatever you want (there’s usually a good range of things like meat, fish, pastas, vegetables, to salads, and so on) before paying at the end – the heavier the plate the more you pay! Particularly if your Brazil holidays have taken you off the beaten track, and your Portuguese is a little rusty, it can be a great way of making sure you know exactly what you’re eating!

Another type of Brazilian restaurant you should definitely look out for is the churrascaria (sometimes also called a rodizio). There will usually be a big buffet-style salad bar here as well, but this type of restaurant is really all about the meat… Essentially, you sit down at your table while waiters walk around with skewers of various cuts of meat – typically a dozen or so different cuts of beef, and usually some chicken and pork as well. As they reach your table, they will slice some meat off the skewer for you on to your plate and continue circulating. The meat is usually absolutely succulent and it can be very hard to say no to the waiters, even when you’re full to bursting…

Of course, the other joy of eating out on your Brazil holidays is discovering all the regional specialities which make Brazilian food so exciting. The national dish of feijoada (a pork and black bean stew) doesn’t sound like anything special, but in the right hands it can be a taste sensation, while regional cuisine tends to showcase the ingredients found particularly in those areas. So on the coast, the seafood dishes like Moqueca Caixaba are unsurprisingly superb, while Amazonian dishes such as Pato no Tucupi often have duck as their centrepiece.  Large immigrant communities from Italy, Japan and the Middle East also appear in the mix, and some of the most exciting Brazilian food comes from a fusion of indigenous and immigrant traditions.

Whether you’re grabbing a bit on the street or sitting down in one of Rio’s trendiest eateries, the food in Brazil is definitely something you’ll remember from your Brazil holidays, and something you’ll miss as soon as you come home – although you might need to start working on shedding those extra pounds…

The way to Work From Residence … or Wherever