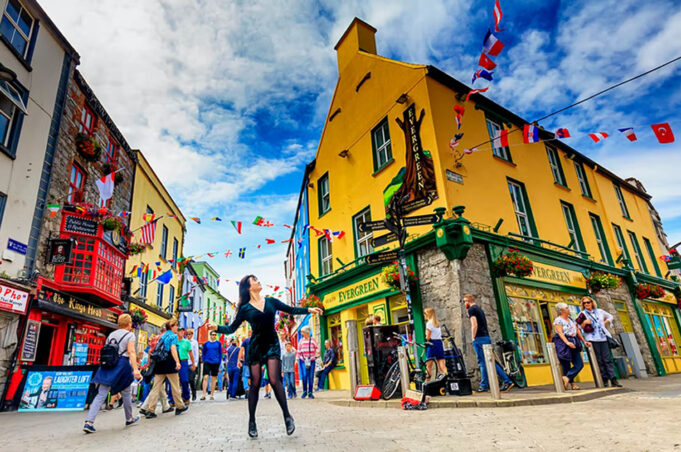 I have heard Galway is a beautiful and lively city from my friends who have visited, and it sounds like a great idea to book luxury cottages in Ireland close by so you can combine days sightseeing with evenings relaxing at home or strolling in the countryside.

Here are a few of the attractions that I think sound like great places to visit.

This is arguably the most famous site in Galway and it has played an integral role in the development of the community. Originally, it was owned by one of the 14 tribes that controlled the city and who were probably the most powerful family to live in Galway.

OK, it’s not the traditional castle you might expect with turrets and arched windows, but the property certainly does make an impression. Crafted from limestone, the structure is a pristine example of the Irish Gothic style that was popular during the Medieval era in the country.

Many of Galway’s mayors were Lynches and you can still see the family’s coat of arms today at the castle – which is now an Allied Irish Bank, although you can step inside to get a closer look at the historical architecture. One interesting story connected to the family concerns James Lynch Fitzstephen, who was forced to oversee the trial of his own son and announce his guilt of murdering a Spanish sailor. As if this wasn’t bad enough, he even had to hang his son.

It is thought people have been visiting this spot on Galway Bay to go fishing for thousands of years and evidence of its inhabitation dates back to the 5th century. Its name derives from cladach, meaning stony beach in English.

Once, this spot was a thriving fishing village and locals would spend their days collecting seafood, before heading to Galway’s Spanish Arch on the other side of the river to sell it at one of the local markets. Pretty thatched cottages stood here and it became a popular destination with visitors to the area.

Although none of these cottages stand today, you can still walk up the hill to the Dominican Church of St Mary and enjoy the view over this once thriving site. If the name Claddagh seems familiar, it is most likely because of the Claddagh Ring, and you could buy one while you’re here. The gold band features hands holding a heart that’s been adorned with a crown and represents friendship.

There’s no missing this huge place of worship when you’re wandering around the city, as it’s among the largest buildings in the city. However, this has not always been somewhere people come to worship and was actually built on the site of a former jail.

Because the cathedral was not dedicated until August 1965, it is actually the youngest of the great stone cathedrals in Europe. However, you wouldn’t know it was less than a century old to look at it, thanks to the traditional domes that dominate the skyline, the stone arches within it and the rose-tinted windows.

Another place of worship that’s worth a visit is St Nicholas’ Church, which is the largest medieval parish church on the continent. The oldest parts of the structure were built in 1320, although it is believed this was founded upon the remains of an older church. According to local legend, Christopher Columbus came here to pray before embarking on one of his voyages to discover the New World.

These are some of the places I would like to visit in Galway, but if you’ve been before, why not share your tips below?

Things to Check Before Driving a Rental Car in Rwanda

Best 5 Things to Do in Barbados