Home Europe Biel, the City of Watches and 70 Languages 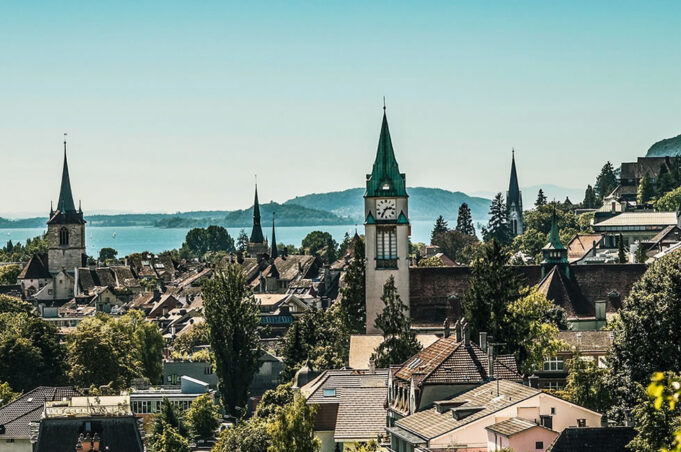 Not everything is a beach or crowded tourist places, so we want to approach Biel, the city of watches and 70 languages.

With a huge industrial past in the nineteenth century, the Swiss city of Biel also hides an old city of medieval origin that leaves with its mouth open with its cobbled streets and buildings, squares and quiet alleys. The industry continues with the watchmaking tradition and the world’s most famous brands are based here.

Biel is the metropolis of the Swiss clocks, located at the northern end of Lake Biel, just to the faults of Jura and surrounded by a wonderful landscape of lakes. A bilingual city in which German and French are spoken almost equally (although the former is at somewhat lower hours). And the other 68 languages? Very simple, the barely 50,000 inhabitants of the city come from almost 120 different nationalities, and it is estimated that you will be able to hear, at some point in its streets almost 70 languages.

In its old area, with its picturesque squares and its rustic houses, you will be admired by the architecture. Many of the old houses had underground caves to store the wine during the year. The Place du Ring is the ideal place to sit and have a drink and observe the people and then enter the church dedicated to San Benito de Nursia, and that after the cathedral of Bern, is the second most important in the canton.

To visit the old area there are guided tours in several languages ​​that will make you perfectly know each and every corner of this city, based on its Roman origin. But you can also take a funicular to the mountains or say leave museums since they have in Neues Museum Biel, one of History, another of Art and Archeology and the Center d’Art Pasquart.

Its watchmaking tradition stands out among its industry, and it is still exercised in a traditional way today. Here Swatch, Rolex, Omega, Tissot, Movado and Mikron watches are born, hence it is known as the Valley of Watchmaking. Of course, you can not miss watches in public places. In addition, companies in other industrial and communication sectors have also made a dent in the city.

With the watchmaking present everywhere you can not miss the Omega museum. The one that was once the most famous watch brand in the world, before it was publicized, was already worn by all personalities. The history of the last three centuries can be traced through the more than 4000 wristwatches that exhibit there, in addition to tools, photographs and, above all, the workbench in which the brand was born 160 years ago.

Its location makes it the attractive gateway to the region of “the Three Lakes”, located around the lakes of Biel / Bienne, Neuchâtel, and Murten. An ideal destination to visit the vineyards that cover the slopes of its mountains and the wide fields of vegetables in the plain. From Biel, there is a wide range of excursions on foot and by bicycle, which can be consulted in My Switzerland. From this, we have just told you we want to highlight the Path of the Vines (Rebweg) and the Museum of the Vineyards (Rebbaumuseum) of Ligers.

In addition, there are routes that allow you to navigate the lakes and the Aar river on tour boats. One of the favorite itineraries is the walk through the three lakes (Drei-Seen-Fahrt).

Visiting the Louvre? 10 Pieces You Really Can’t Afford to Miss

A Tribute to Utah and Arizona’s National Parks