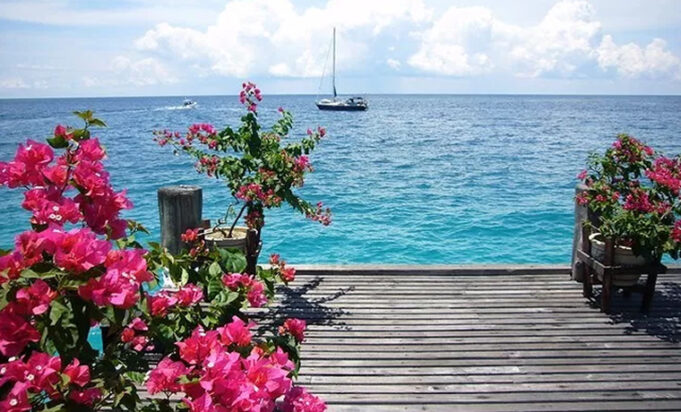 When you think of Southeast Asia, “cold” isn’t exactly the first word that will come to mind. And if you’re like me and you’ve been in Southeast Asia for quite a while, you’d know that the eternal summer can get to be too much sometimes. Very often we wish that we could take the temperature down a notch.

Believe it or not, there are actually places in Southeast Asia where you can escape the heat. None of these places have snow, but let’s be honest – sometimes it’s pretty inconvenient to travel while you’re bundled up like a dumpling. Check out these cool (pun intended) places where the climate is perfect. No more sweating buckets while you’re exploring the streets!

An idyllic town in the district of Ranau in Sabah, Kundasang sits at the foothill of Mount Kinabalu. Temperatures here can drop as low as 13°C and its visitors are given a panoramic view of the surrounding mountains. With its lush meadows, cattle farm and hot springs, it’s not hard to see why Kundasang is often referred to as the Southeast Asian version of New Zealand. Even if you have no plans to ascend Mount Kinabalu, make sure to drop by the National Park and take a dip in Poring Hot Spring, as well as the Desa Cattle Dairy Farm.

Previously known as Maymyo, the scenic hill town of Pyin Oo Lwin sits at more than 1,000 m above sea level and is located in Myanmar’s Mandalay Division. Over here in winter, temperatures often fall below 10°C at night, which is absolutely freezing by Southeast Asian standards. Due to its history as a summer capital and military centre during the British colonial time, Pyin Oo Lwin retains an old world charm. And without the ubiquitous pagodas, this town looks more like an English countryside than the rest of Myanmar.

A town in the Cordillera Mountains, Sagada sits within the Mountain Province of Philippines. Taking in the cool mountain air, you might have serious doubts that you’re still in the Philippines. If you’re adventurous at heart and don’t mind long, winding and bumpy bus rides on mountain passes, you might want to put Sagada on your bucket list. The best time to visit is between November to February where it’s cool, and in December there is an annual bonfire festival. Avoid the months of March and April, as Sagada gets warm and dusty. You have to see the hanging coffins if you’re here!

There is a billboard in Sapa that proudly speaks of its weather: “Four seasons in one day” – chilly winter in the early mornings, spring after sunrise, summer in the afternoons and cold winter at night. In the winter months the charming mountain town is very cold, even seeing snow in 2011. If you’d prefer cool rather than cold, time your visit to be between March to May, where springtime brings with it beautiful fresh blooms.

As compared to its sister city of Chiang Mai, Chiang Rai is far more of a relaxed and down-to-earth destination. It has an impressive list of things to offer for a small city, and it is a great place to feel as though you’re one with nature. With temperatures averaging around 25°C, the weather here is pleasant without being too hot, and not so chilly that you’ll need more than a jacket. When you’re here, hire a longtail boat and take in the beauty of Mae Kok River, where the riverside is still rustic and mostly undeveloped. And don’t forget to catch a sunrise or sunset from the vantage point of Phu Chi Fa!

The town of Lembang in Bandung, West Java is known for its beautiful mountains and crisp, cool air. Temperatures average between 17°C to 24°C and the sleepy mountainous region is known for Mount Tangkuban Perahu, an active volcano whose last activity was in 2013, the Kawah Putih volcanic lake as well as a myriad of hot springs. Lembang is a great place to kick back for a few days and escape from the urban jungle. Revitalize yourself with lush greenery and clean mountain air!

Cameron Highlands has to be one of the most easily accessible places on this list, thus making it one of the most popular hill resorts in Malaysia. Temperatures at the highland destination rarely goes above 25°C and can drop to as low as 12°C at night. Once a haven to escape the heat for the British troops stationed in Malaya, today Cameron Highlands still retains the charm of an English village. Other than the weather, visitors come to pick plump strawberries and sip hot cups of tea while scarfing down piles of scones. But if that’s not your thing, there are also several treks, trails and waterfalls to keep you occupied.

One of the most remote areas in Laos, to get here you will have to brave long and winding roads as you ascend into the mountains. At first glance the town might seem unassuming with nothing much to offer to travellers, but delve a bit deeper and you’ll find some of the best mountain views in Southeast Asia. The surrounding mountains also hides hot springs, waterfalls and scattered villages. And since Sam Neua sits at an altitude of approximately 1200m, some warm clothes are advisable especially during the winter season.

A Trek to the Rwenzori Mountains

Experience Jamaica – Natural and All Inclusive

Wedding in the Dominican Republic