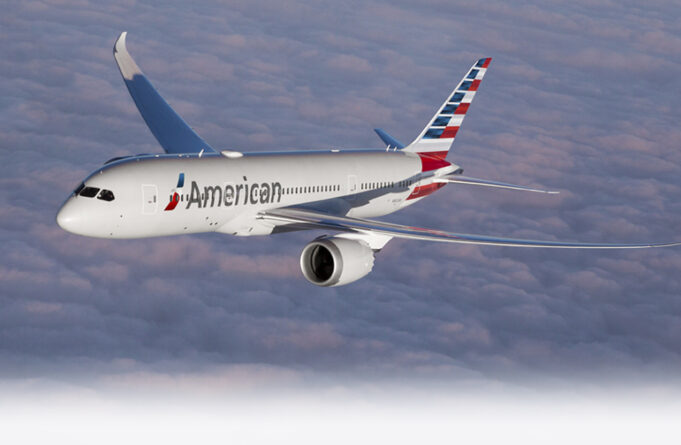 As transportation goes, the history of flight is a young one, with the first “airline” being DELAG, a transportation company formed in 1909 that used zeppelins for their trans-Atlantic flight offerings.  Yes, you read right: zeppelins.  They ceased operation in 1940, after merging with Deutsche Zeppelin Reederei, after the crash of the Hindenburg; and we ALL know how that flight turned out.

Since that time, the aviation transportation industry has come a long way but has it gone too far?

In the beginning, airline travel was a luxury for only the rich and famous.  When it was shown in the movies, the men wore suits and the women wore dresses, heels and lovely hats.  It was all very civilized and relaxing.  However, all good things must come to an end and now passengers are boarding airplanes wearing nothing more than their underclothes (or someone else’s, as is evidenced by the photo here) or slippers instead of shoes.  Since the airline industry became deregulated in the 1970′s, it’s been a downward slide of not just how passengers dress but the services airlines offer, once free now for a fee.  Need some ear buds?  $5.  How about a refreshing beverage?  $7.  Need to check a bag?  $25 to $50.  Want a seat with more leg room?  Don’t get me started…

With deregulation came the airlines deciding they could charge as little as they wish, file for bankruptcy later and let taxpayers pick up the tab; and airlines seem to file for bankruptcy as often as others change their underwear.  (And I’m not a huge fan of big government in the slightest but something has to change here).

The bottom line is, there was a time when all these amenities were a courtesy and now, with the money grab that’s going on with the airlines, passengers are beginning to feel like ATMs. (These “ancillary” fees are raking it in for the airlines now to the tune of $22 BILLION or more per year, worldwide)

In addition to the loss of services, airline travel has become more accessible to the common person and those who once might have driven to their destination of choice will now fly.  (And before I take some heat for this seemingly innocent comment, it’s not that I think some people shouldn’t fly.  I believe the magic and wonder of flight should be for anyone who wishes to do so.  I also think there needs to be some common courtesy, manners and a dress code implemented.)  Anyone with the money can fly anywhere they want, manners be damned and pulling out to wear whatever happens to fall into their hands when they open their closet or dresser drawer.

Another nuance/wrinkle added to the mix here is people behaving inappropriately for their flights.  Where a plane might once have been filled with  well-dressed passengers, including the little tykes who had their saddle shoes and pinafores freshly cleaned for their trip, there’s an “anything goes” belief that we should all be able to wear what we want on the flying tube.  Should the flight crew try to bring some civility back to the dress of their passengers, they fear being sued so badly their grandkids feel it and are afraid to say anything.  One day it’s a man flying in panties, the next it’s a college football player exposing his underwear out of the back of his pants.  In both these cases, the argument could be made that the dress of the traveler is offensive.  In the case of “Panty Man”, US Airlines refused to discuss it with him in spite of customer complaints (lest they be sued) but in the case of “Baggy Pant Man”, they DID say something and ARE being sued. (And the reasoning behind the lawsuit is, according to the plaintiff, they only said something to him because he’s black; his pants hanging down to his knees should never have been an issue)

I share all of this to ask this next question: Are things getting a little tense in the “Friendly Skies”?

Which brings us to the point of the article: Is American Airlines starting to show signs of the stress of dealing with a flying public who couldn’t give a darn whether they offend anyone or not?

Seems yesterday, an American Eagle flight (one of AA’s commuter flights) was approaching the runway for take off when one of the flight attendants (FAs) made the announcement, “Everyone needs to put their phones away, and electronics and so on, including the flight attendant.”

This apparently didn’t sit too well with the FA who was talking on her cell phone and the cat fight was on.  It got so bad (nothing physical but, you know…) the pilot made the choice to turn around and return to the gate, forcing AA to find other FAs, thus delaying the flight by four hours. (And you can read the full story on USA Today, if you’d like)

American Airlines was also in the news recently for their pilots calling for a “sick out” due to the airline being told by a bankruptcy judge they could carry out new pay and rules for their pilots on both American Airlines and American Eagle.  In addition to the “sick out”, the mechanics there (also union) in a show of support are turning in a higher than normal amount of maintenance reports, causing AA to cancel nearly 250 flights this week.  It seems this is an airline in big trouble.

American Airlines is in the news a lot, lately.  In addition to the bankruptcy and “sick out”, they just announced they’re laying off maintenance workers and outsourcing it to private companies.  Given air travel is one of the more popular modes of transportation, do we really want something as important as airplane maintenance left to someone with no sense of loyalty to the company?  Even the Federal Aviation Association (FAA) knows this is a bad thing and said in a 2008 report on maintenance outsourcing:

“…problems existed, such as untrained mechanics, lack of required tools, and unsafe storage of aircraft parts” when aircraft were serviced in foreign facilities. What’s more, repair stations “were not always effective” and “maintenance problems either went undetected or re-occured” (via The Unfriendly Skies and Business Insider)

Just Google “American Airlines” and click “News”; you’ll get tens of thousands of articles related to just how badly AA is doing things.  Add to that a possible merger with US Airways, another less than stellar airline, and pandemonium could ensue.

So you have to ask yourself one question, and this falls under “The Chicken or the Egg” as the conundrum, which came first?  The surly passengers or the surly flight crews?  Pilots and FAs are asked to do more for less and they might not be too happy about that, thus passing their anger on to the passengers.  Alternatively, could it be the surly passengers expecting more for less are passing their anger on to the flight crews, thus MAKING them surly?

However, can it really be this hard to run an airline at a profit and STILL give passengers what they want?  Southwest Airlines (SWA) seems to be doing it and doing it well.  The story behind Southwest is an interesting one, to say the least.

Started by Rollin King and Herb Kelleher, Southwest Airline came into being in 1971 (read: pre-deregulation) as a commuter airline between the cities of Dallas, San Antonio and Houston.  Operating out of Love Field in Dallas (NYSE: LUV and their Stock Exchange symbol pretty much says it all, doesn’t it?)

Since that time, SWA has become a major airline flying over 3,400 flights a day and, as of 2011, in their 39th year of showing a profit.  In addition, SWA is one of the few airlines to offer to their employees the ability to buy stock in the company.  While other airlines offer it, SWA’s program is actually successful.  As owners of the company, maybe the employees feel empowered and more in control?  They must be doing something right because they also have the second highest rating for customer satisfaction, behind JetBlue, and the highest in employee satisfaction.  Is this an accident or are the two related?

Also, SWA is well-known for having happy employees.  YouTube is rife with videos of announcements being made as song and dance routines, and the passengers eat it up, as can be shown in this video:

Maybe it’s time the other airlines called Southwest to ask them how they do it.  I know the passengers would appreciate it.  It’s gotten this bad with American Airlines and the traveling public has to wonder – how much longer can this go on?  And will the other major carriers be following suit sooner rather than later?

Finally, were two passengers to have acted as these two American Airlines flight attendants had acted, basically having a screaming match in the middle of the airplane, forcing a delay of the flight, do you imagine the airline would have simply given them a stern talking to?  I think not.  Were two passengers to have done this, they’d have been strolled out of there with some new shiny bracelets on their wrists, on loan from the local law enforcement agency.

What do you think?

Prepare Yourself With This Helpful Safety Tips for Sledding