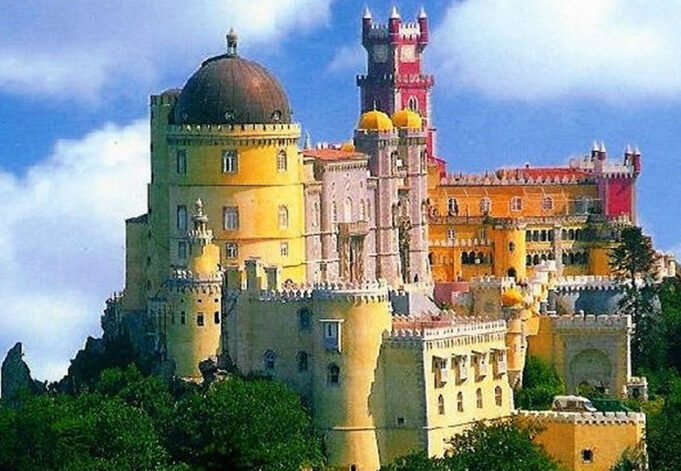 onely Planet, the world’s largest travel guide book publisher, has recently released a list of best value destinations for 2015. These places, according to the company, are guaranteed picturesque and amazing, but they won’t break the bank unlike other luxurious destinations.

It is good news to know that many travel warnings against this North African country have been dropped. In fact, a number of travelers, according to surveys, have been booking flights to visit this place next year.

Stay at hotels in Tunis, visit the Star Wars set, and of course, heed to the Al-Zaytuna Mosque. This 5, 000 square-meter mosque, which literally means the Mosque of Olive, features multi-colored granite, marble, and porphyry and is considered one of Tunisia’s architectural pride.

Aside from the fact that 1 US dollar is already equivalent to around 11 South African rand, many museums all over the country offer free entrance. Isn’t that amazing for history buffs that are in a budget? Well, South Africa is not only for ‘historians’, this place is great for animal lovers, too. We know that this part of the globe is gifted with rich wildlife.

Behind the fact that China is the most populous country all over the world, it has managed to keep its cities peaceful. One of these cities is Shanghai, which offers many five star hotels.

According to TIME, “The joys of Shanghai are on the street level, where everyday life unfolds with bewildering variety.”

Some of the top activities tourists must experience when in Shanghai are: riding the magnetic-levitation train (Maglev Train), visiting the Shanghai Museum, walking around the Fuxing Park, and shopping for antique pieces at Dongtai Road.

Samoa is an Oceanian country in the South Pacific Ocean. According to Wikipedia, tourism in this country is an expanding sector, accounting 25% of GDP (gross domestic product). Hop off from Australia or New Zealand by plane; this is the most convenient mode of transportation to get to the island.

Samoa has been the venue of the nineteenth season of the American competitive reality show Survivor. In addition to being featured in a popular TV show, this paradise has managed to uphold its ivory-white sand, crystal-clear waters, and secluded beaches.

According to a travel site, “Bali is a living postcard, an Indonesian paradise that feels like a fantasy.” Here is a three-minute video featuring the top 10 hotels and resorts in Bali.

In the year 2010, Bali received the Best Island award from Travel and Leisure, a travel magazine based in New York City with over four million readers.

Uruguay is a country located in the south east part of South America. West of Uruguay is Argentina and Brazil on its east. This nation only has over three million people and more than half of the total population lives in the metropolis.

Visit Montevideo, the largest and the capital city of Uruguay. The city itself has more than 50 hotels, including the Radisson and Sheraton. Otherwise, feast on asados (barbecues) at Mercado del Puerto.

The best things to do in this part of the world are: to experience the sea, sun and sand at Algarve; to visit Palacio de Pena in Sintra; to have a taste of the Port wine in Porto; and for water adventurers – to explore Vila Franca do Azores, the perfect haven for yachting diving, whale watching, and different types of water sports.

Portugal ranked eighth in the KOF Index of Globalization in the year 2010, 2013, and 2014. It is also one of the most peaceful and responsive countries across the globe.

This East Asian country is way more affordable than its neighboring countries such as Hong Kong, China, and Japan. If you are a nature lover, then you can hike up the Elephant Mountain or visit the Taipei Zoo without spending a lot. And for shopaholics, you can certainly ‘shop until you drop’ at Taipei 101 Mall or at Zhongxiao E. Road without breaking the bank.

Aside from shopping, visiting the Mengjia Longshan Temple in Wanhua District is also a must-do when in Taiwan. This temple worships Buddhist and Taoist deities.

The last but definitely not the least budget-friendly destination for 2015 is Romania. A country in southeastern-central Europe, this place has the fourth fastest growing travel and tourism total demand in the world.

Travelling to Romania will give you a lot of options. Among which are the history, the culture, and the nature. History buffs can take a narrow gauge train trip. This mode of transportation and the railway was constructed way back 1932 and is still working until today. Nature lovers, on the other hand, can visit a UNESCO Natural World Heritage Site called the Danube Delta.

Why Visit Italy this Summer

English in the Amazon

Chasing Dreams: An Epic Journey Across the United States

30 National Parks That You Should Add To Your Bucket List