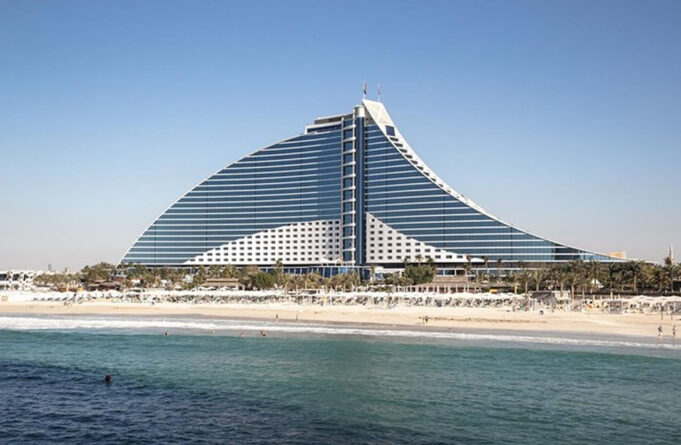 Jumeirah Beach is one of the most popular areas for holidays in Dubai, and is perfect if you’ve got your heart set on a luxury break. Home to some of the city’s most lavish hotels, it’s more than just a pretty beach (though it’s certainly got that too!). With the below guide, you can find out more about the area and what it has to offer you.

Now, Dubai has a seriously good reputation when it comes to luxury hotels, and Jumeirah Beach is where you’ll find some of the biggest names. As an area, the resort promises pretty much everything you could ask for, from shopping centres and spas to water parks and ski centres. The top hotels boast some really impressive additions, like shops of their own, so it’s worth keeping your eye out for these if you’re after absolute luxury.

• Jumeirah Beach Hotel: This one’s easy to spot, thanks to its iconic shape, which mirrors a breaking wave. A vast resort, its restaurants break into the double digits and it’s got a private beach that is set up for loads of amazing water sports.
• Burj Al Arab: Not far away from the Jumeirah Beach Hotel you’ll find the Burj Al Arab, which has the distinction of being the world’s most luxurious hotel. Even if your budget can’t stretch to spending a few nights here, it’s well worth going to see it. It’s another one with a distinctive shape – this time of a billowing sail.

Leisure is the name of the game in Jumeirah Beach, and there are some seriously fun attractions that can cater for all ages (which means if you’re travelling with the kids, you don’t need to deny yourself a little luxury – hurrah!). Whether you’re planning a family break or something a little more grown-up, Wild Wadi Water Park is a must.

Located right next to the Jumeirah Beach Hotel, this has heaps of rides and attractions – everything from wave machines to water-based rollercoasters. In fact, Breaker’s Bay is the largest wave pool in the whole of the Middle East – so, if you’re into your water parks, this one’s pretty much guaranteed to impress.

You’ll also find Ski Dubai in the area. Despite being the third largest covered ski park anywhere in the world, it’s somehow tucked away in the Mall of the Emirates, which is not exactly short of shops. If you’re a skier, you’ll have five pistes to try out, though if you’re new to the sport you’ll have to take lessons, since inexperienced people aren’t allowed on the slopes. There’s also a fun snow park, though, if you don’t fancy learning how to ski.

The shops here are a clear indicator of the local luxury – even the hotels themselves have them! In fact, Jumeirah Beach Resort has more than 20, nestled in an area called The Avenue, which is filled with boutiques and such. If you can bear to leave your chosen hotel, you can splash out at the Mall of the Emirates instead.

Of course, where would any respectable luxury destination be without a spa or two? Or dozens of them, as is the case in Jumeirah Beach. Unsurprisingly, most of the top hotels have an in-house spa (like Talise Spa at Jumeirah Emirates Tower), but there are several outside of the tourism industry too, such as Elche, which specialises in herbal remedies for women.

If you fancy staying in Jumeirah Beach during your holiday, it’s worth checking out your booking options, such as Hayes & Jarvis Dubai trips, to make sure you get a decent deal.

Tanzania is Ready for a Brand New Year

Our Experience of Pattaya Beach and іn the City оf Fun, Sin & Nature

Prepare Yourself With This Helpful Safety Tips for Sledding