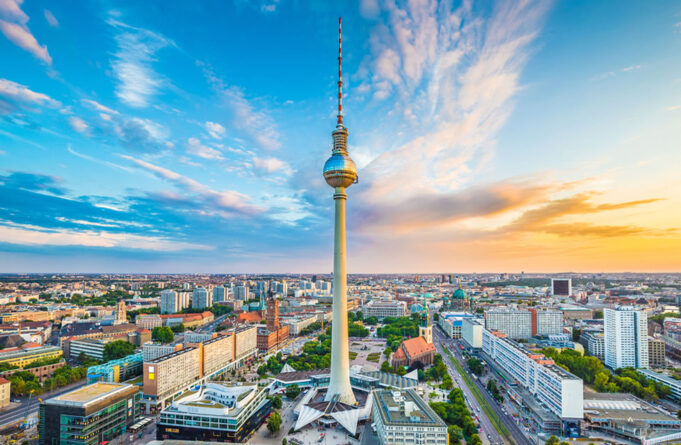 One of the most diverse countries in Europe, and one of the best for tourists, Germany comes highly recommended for anyone looking for a future holiday. Germany has the strongest European economy, and is comprised of the hills and historic cities of the North, the wine countries and the Rhine Valley to the West and the East, the depths of the Thuringian Forest, and the commercial centres of Berlin, Munich, and Frankfurt. When planning your first trip to Germany, you should consider making a city visit, or exploring some of the country’s regions, while making sure to take advantage of its rich food and drink culture.

Berlin, Germany’s capital, is also its largest and most diverse city, with a thriving nightlife and a comprehensive cultural heritage. The main districts include Mitte, the centre, and the busy shopping areas to the West. Key destinations within Berlin include the Charlottenburg Palace, as well as the Pergamon Museum and the Galerie Eigen. The Bundestag Parliament Building is also worth visiting. In general, though, Berlin’s high quality public transport links and multicultural population means that you can travel around cheaply and efficiently to soak in its diversity.

Alternatively, Munich in Bavaria is one of the most exciting cities in Europe. Try to go during Oktoberfest, a celebration of beer and food. Munich is also distinguished by its cultural history and shopping, which is focused around the central Karlsplatz. Other areas include the coffee houses and restaurants of Schwabing, while historic sights range from the Schloss Nymphenburg palace to the Museum Brandhorst. If going during Oktoberfest, then the Englischer Garden tends to be one of the busier and most welcoming spots for tourists. Other cities worth visiting include Frankfurt, the business and financial centre of the country, which is particularly recommended for a trip in spring and autumn.

If you’re going for a longer trip, then Germany can be easily navigated by rental car and public transport. Key places to see include the Bavarian Alps in the south of the country, which overlap with Austria. Skiing, train journeys, hiking, and sailing are popular within the mountains, which hosts many backpacking hostels; do remember however that if you are planning to take part in extreme sports, you should consider getting travel insurance. Alternatively, for something a little less strenuous, try the densely wooded Black Forest in the southwest, which opens up to the spa town of Baden-Baden, and many walking and cycling routes.

The Rhine Valley, home to Mainz and Frankfurt, is recommended for its river walks and hills, as well as for its castles, and the annual Night of the Thousand Flames ship convoy. The Romantic Road, a path that takes in some of the best castles and medieval villages and towns in Germany is similarly excellent if you want to experience Germany’s traditional past. Neuschwanstein Castle is particularly worth seeing, as is the medieval town of Heidelberg.

During a trip to Germany you’ll be able to sample a staple diet that includes a lot of meat and potatoes, as well as a diverse selection of international foods in larger cities and towns. Beer gardens are popular in Bavaria, while typical local dishes include schnitzel with chips, and wurst, or sausages. As with any large country, though, Germany provides a wide range of different local specialities and international foods, as well as a strong tradition of celebrating beer and wine.

Gokyo Trail: An Alternative Route to Everest Base Camp

The Ultimate Road Trip Along Route 62

7 Great Things to Do in Bangkok

4 Ways to Enjoy a Family Holiday in Europe

English in the Amazon