Home Food Living a Champagne Life on a Beer Budget 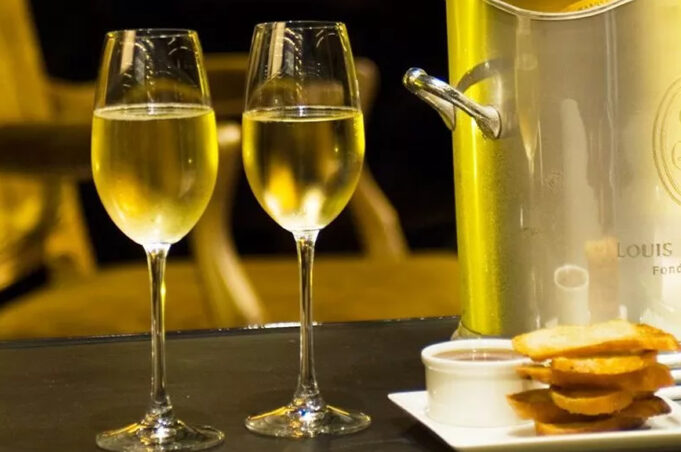 Let’s face it, we all want to live the movie star life, but we don’t want to pay for it–financially or spiritually. Thankfully, there is a place where you can live like an A-lister on a D-lister budget.

I’m talking Santa Barbara. I know what you’re thinking…that’s where Arnold has a house and Oprah has an estate and a house is a steal at a million dollars.

But…what you may not know is there are so many cheap things here for the kids, the adults can splurge on dinner at the Biltmore!
I took my nieces and nephews to SB and for them the primary attraction was watching crabs walk on the harbor rocks-free-riding the trolley-”One darn quarter,” my 6-year-old niece Sydney said.

While her mother and Syd got manicures, (the best day of Syd’s life, she said), Ryan and I went out on the ‘toot-toot” boat, a low-priced cruise designed for kids to view sea lions, and take the wheel if they are courageous enough! Took my nephew a while to convince him he could handle it, but he was thrilled he did. Later, the kids begged if they could run through the sprinklers on the hotel lawn.

Also, don’t forget the massive white sand beach with activity everywhere; volleyball players, bicyclists, roller bladers, artists displaying their goods on the weekend, is all free! There are some deals on hotels, but if you are a U.C. grad, check out the faculty housing. It’s bare bones but right next to a great beach and the cute college town Goleta.

After spending the day watching crabs and walking the wharf, I decided I needed some “me” time. Since I saved so much money during the day, my friend and I went to the Four Seasons Hotel, formerly known as the Biltmore hotel, which has a new Italian chef. It’s not cheap, but then again, watching the sunset over the purple mountains does not happen everyday. On a stricter budget? Just get a drink or appetizers at the bar.

5 Ways to Enjoy a Holiday in UK

A Honeymoon in Mauritius